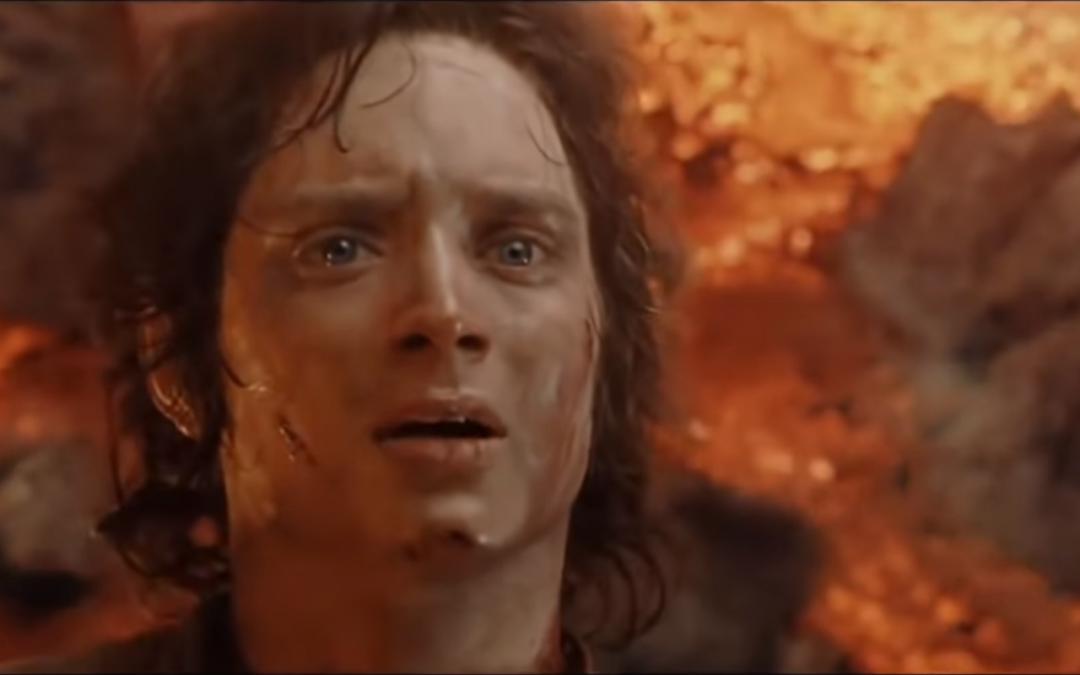 Don’t let the picture fool you–I actually feel much better than Frodo in this moment. It’s just that finishing a book can feel like arriving at the opposite end of a battlefield. You’ve spent a lot of time sprinting, writing as much as you can, hoping that it comes out as something cohesive. And when you do reach the end, it’s like you just got done with this exhausting, grand journey.

And the journey of Purged has been one rife with emotion. I had a lot of days where my face was stained with tears as my fingers flew across the keyboard. This book has a lot of emotional moments. I think by the time it’s been through a few revisions, this will be the best work I’ve done yet. No question.

But until that time, there’s still a lot to do. In Stephen King’s book On Writing, he recommends taking six weeks between the time you finish the first draft to the time you start the second. Yeesh. I think that’s way too long. Maybe I’ll give myself a week off, but even then, I plan on spending that week rereading Foreordained, drawing maps pertaining to important events, and reading a new book I got on self-editing. I want to keep this momentum going, and I’m really eager to sand away the rough edges that I know Purged has.

But seriously, I feel great right now. I want to thank everyone that’s read Foreordained and has begged me for a sequel. You won’t be disappointed. There will be new characters that you’ll love, and everyone will be tested to their limits. I hope you love reading it as much as I’ve loved writing it.

I’ll order pizza and crack open a bottle of Martinelli’s tonight to celebrate.

On Writing by Stephen King

Speaking of On Writing, I actually finished it late last night. For anyone looking to write for a career, I highly recommend this book. It’s packed with practical advice and King expounds with such effortless finesse that it makes you feel like the correct practices have been in front of your face all along.

I only had a couple gripes with it.

Stephen King is a discovery writer of the highest order, and he spent an entire chapter advising people not to outline or plot. Like… okay. This works for Stephen King, but this isn’t how it worked for writers like Orson Scott Card or J.R.R. Tolkien. These writers were heavy outliners that produced top-tier literary classics. Every writer needs to figure out the way writing feels most comfortable, not just salute Stephen King and follow orders. At least when it comes to this thing.

My second gripe was that there wasn’t any advice for those looking to self-publish. Granted, this book was originally published about twenty years ago and a second edition was released somewhere around 2009, so the ebook industry wasn’t anything like it was now. And Stephen King has been in the traditional publishing game for nearly fifty(!?) years, so he’s definitely not the authority on self-publishing market tactics. For that, the reader will have to turn elsewhere.

But here are some bullets of great advice that I found in On Writing:

But overall, I found it a very smooth and enjoyable read packed with great advice. It’ll stay on my bookshelf. A solid 4 out of 5.