The 5 best anime for people who don’t like anime 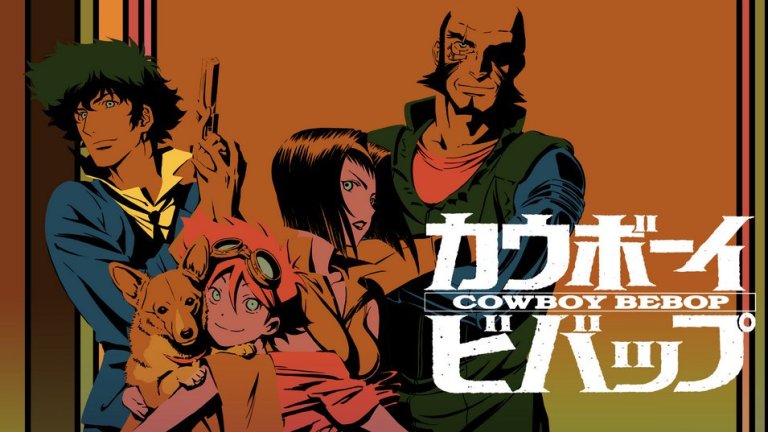 You probably don’t dislike anime at all. You just haven’t given it a decent shot.

I used to be just like you–thinking I was too cool to indulge in the animated absurdity that is anime. Pish posh! Away with such things! I like rock music and business books and being a neat dude! I have no time for this tomfoolery!

But oh, little did I know that there was a plethora of excellent television out there that just happens to exist in the anime genre. I’m here to hit you with the top five that you’ll probably enjoy, because honestly, these are just fantastic shows.

This one absolutely oozes cool. It’s about a ragtag group of bounty hunters that travel the galaxy in a beat-up ship to nab criminals and turn them in for cash. They’re not very good at it, though, and that leads to a lot of hilarious moments.

You’ll be grateful to hear that the English voice acting for this series is top notch, so if you’re scared of subtitles, you’re in the clear. The soundtrack is also a shining star. Not only does it have one of the best opening themes in TV history, but every song on this iconic soundtrack is an infectious fusion of blues and jazz.

At twenty-six episodes, this series is a quick digest. Don’t hesitate. Three, two, one, let’s jam.

This one is pretty new to the game, but some are already calling it the greatest anime ever made. And I don’t blame them. Demon Slayer is about a boy named Tanjiro that trains to become a katana-wielding demon slayer to avenge his family and find a cure for his demon-infected sister. Along the way, he makes friends and overcomes personal weaknesses. It’s gorgeously animated, rich with emotion, and will absolutely suck you in.

Right now, there’s only one season available, but the second season is arriving on anime services like Crunchyroll this October. The manga is also complete, so if you’re feeling like you want to read it to get ahead, you could always download the Viz Media App and subscribe for $2/month.

I laughed out loud in every single episode of One-Punch Man. In OPM, Saitama trains to become the strongest man in the world and surpasses his goal with flying colors. The only problem is… that means no one is a challenge for him anymore. Whether it’s a street brawler or a 500-foot monster, he can take down any foe in a single punch. So life is a little boring for him.

The first season features some incredible animation and some of the most spectacular battles in animated history. The second season disappointed fans with a step down in animation, but still had buckets of laughs. OPM is a comedy at its core, and perfectly makes fun of the anime tropes that we often see about overpowered protagonists.

Edward and Alfonse Elrich failed a dangerous a spell to bring their mother back to life. The spell left them both maimed, so they make it their quest to find a Philospher’s Stone and restore their bodies. This one has all the ingredients for a top-tier story: love, loss, betrayal, revenge, mystery, hilarity… you name it. As of right now, it’s the #18 top-rated TV show in history according to IMDb–that’s even above the ranks of programs like Sherlock and Firefly.

At five seasons and approximately sixteen episodes each, this one is a little bit more of an investment, but it’s absolutely worth it. I watched it when I was stuck at home sick and managed to gobble up the whole series in a few days. I couldn’t stop.

Like Cowboy Bebop, the English voice acting is fantastic, so you won’t have to worry about subtitles. In my opinion, this might be the best first anime for anyone to watch.

Violet is an emotionally crippled supersoldier that finds herself searching for purpose after the war ends. When she takes up a job writing letters for the illiterate, we watch her interactions with people as she tries to learn what love means and how her heart can heal from her past.

This one will punch your feels so hard. People have been known to openly weep during episodes of Violet Evergarden. This is a really short one–just fourteen episodes at twenty minutes each. But oh my goodness. Beautifully lush animation, tight with emotion. It will leave you hugging the throw pillows and yanking tissues out of the box.

Whether or not this can be considered anime is up for debate, because it wasn’t adapted from a manga and it was actually animated in the United States. But it only takes one look to see that ATLA is clearly influenced by Japanese animation.

ATLA has no right being as good as it is for a children’s program–rated #12 on IMDb’s best TV shows of all time. That’s because the show not only features lovable characters and excellent world building, but themes of sexism, imperialism, genocide, and class struggles. Absolutely fantastic show that shouldn’t be missed by anyone.

Join the newsletter for FREE samples of my books! You won’t get spam.