Lightyear is a smorgasbord of missed opportunities 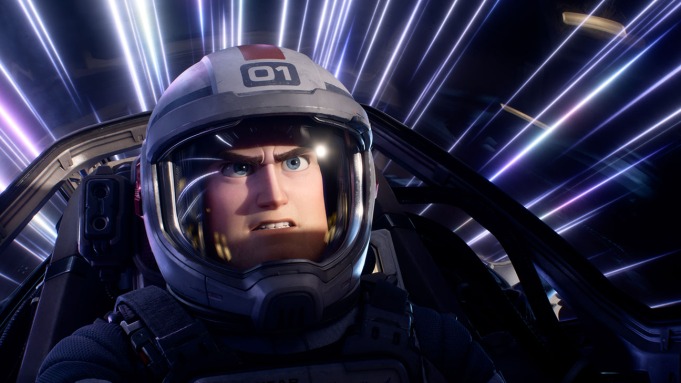 I love Toy Story. Like, top three movie of all time. Hands down. Not only is it a massive technical achievement, but it’s also top-shelf storytelling. Pixar set the world on fire when they dropped it in 1995, and the studio would produce hit after hit for decades to come.

So how did we end up with this?

It’s hard for me to articulate the length of my frustrations with Lightyear. First off, it feels like a cash grab from Disney—capitalizing on a beloved property that’s existed for nearly thirty years. Well done, very original. What’s even more frustrating is that this is the first Pixar movie I’ve seen that feels like an absolute swing-and-a-miss. Disclaimer: I haven’t seen the Cars sequels or The Good Dinosaur.

Here’s the lowdown. Hold on to your butts. **SPOILERS AHEAD**

The animation is beautiful, as usual. And Sox the cat is an absolute gem. I want one. I want a Sox of my own. Shoot, it’s a robot, so maybe my landlord would let me have one…

Exposition: Buzz accidentally crash lands a ship full of 1200 space rangers on an uncharted planet. They work for years to mine the planet’s resources, scraping up enough fuel to leave. Buzz runs several test flights with the experimental fuel that have a sort of time travel effect on him—he’s gone for a few minutes, but his friends have experienced a few years. There’s an entire montage where he runs test flight after test flight while his friends grow old and he barely ages.

During that time, people move on with their lives without him. They get married. They go to school. They have kids. Frankly, they seem perfectly happy on this strange new planet. But for some reason, Buzz seems absolutely focused on “finishing the mission” and getting off this space rock, even if it means completely missing out on the lives of his loved ones. Are you serious? You expect me to believe that? You think an intelligent, decorated space ranger would never stop and think, “Maybe I’m missing the point here.” There’s an awesome story here about learning to adjust to your circumstances and find happiness where you are, but that story whooshed completely over the writers’ heads.

That kind of thinking sets a pattern for the rest of Lightyear’s characters. No character is really explored in a way that helps us connect with them. Even Buzz with his dead-set focus on “finishing the mission” and becoming a space ranger because he wanted to “matter” are never explored or explained. Why is it so important to him to matter as a space ranger? Why does he have this laser-like focus on finishing every mission with exactness? I don’t know. None of us do. The writers didn’t think explaining that was that important, I guess.

But these characters were never really memorable to begin with. Even Izzy, the scrappy granddaughter of Buzz’s dead best friend (you know, the one who died while he was running all those time-travel test flights, because mission comes first?) is just a cookie-cutter well-intentioned-but-clumsy-go-getter. We’ve seen her a dozen times. And it feels like a lot of the movie’s tension relies on the characters being clumsy and dimwitted. It gets old fast.

This is a smaller thing, but they also branded this movie as if it came out in 1995—the movie Andy saw that got him hyped about a Buzz Lightyear toy. Well, this movie looks nothing like a movie that would come out in 1995. Pixar could have animated this as if it were a live-action movie, but the design of the spaceships, control consoles, etc. needed to be inspired by the 90’s era. They weren’t. It’s as if the, “Oh hey, this is the movie Andy saw about Buzz Lightyear” was tacked on as a last-minute thought. Shoot, it probably was.

The impressive animation and Sox the cat couldn’t rescue Lightyear. It’s frustrating to see a movie so mediocre come from a studio that’s produced such fantastic work in the past. I desperately hope they learn from this one and get back on track to make exceptional work in the future. Lightyear is proof that Pixar is losing its grip on exceptional storytelling.