Free Guy is exactly the fun, feel-good flick we need 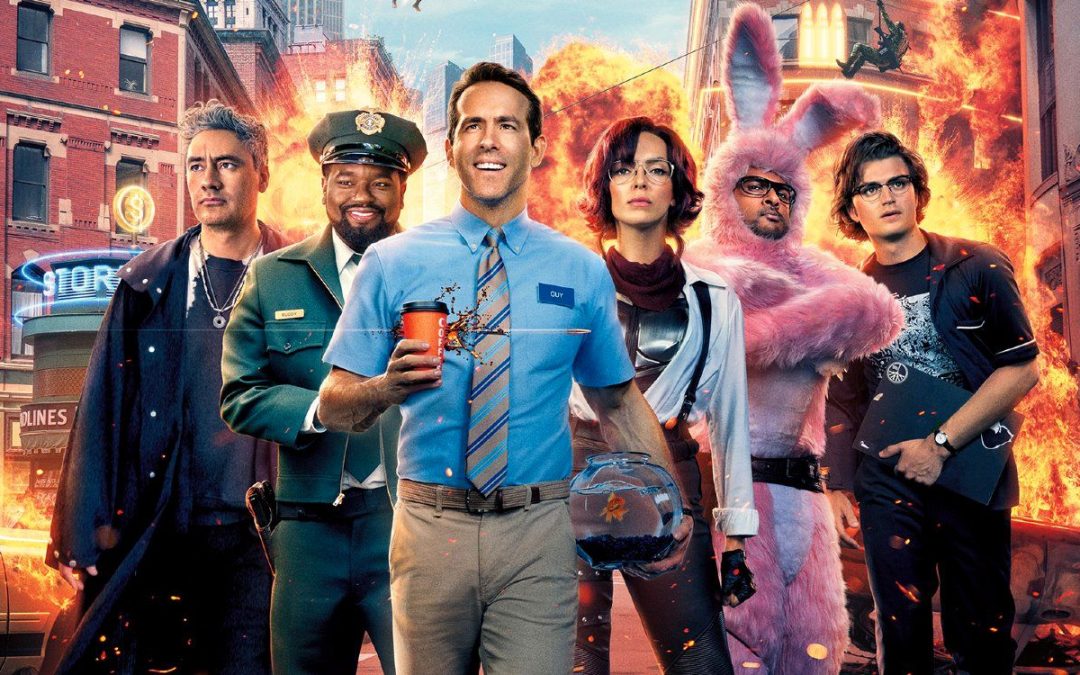 You know those movies that don’t set out to be anything more than what they are? That want to be a fun popcorn flick, but maybe give you just a little more? They’re not shooting for Oscars or anything, but just want to be an exciting, endearing flick for the people? Yeah. That’s Free Guy.

Guy is an NPC in an online video game that becomes self-aware. He yearns for something more than his typical lines and boring job, especially after the irresistibly gorgeous player MolotovGirl awakens something inside him. So this movie is about Guy. How we watch him discover himself, adjust, rediscover himself, and ultimately come out on top. Yaayyy for Guy!

From the highest level, just the concept of the movie is great. There have been lots of movies about video games in the past, but the gaming landscape has changed so much that it’s about time someone made a film about an NPC. It’s kind of brilliant, and I’m here for it.

Also, can we talk about Ryan Reynolds? Ryan. Freaking. Reynolds. How can you not like this guy? His portrayal of the wide-eyed and unstoppably pleasant Guy is a riot. He approaches each day with a childlike sense of wonder and optimism and doesn’t let up even when he’s got a shotgun in his hand. Or when he dry heaves from breaking the arm of a guy that’s trying to kill him. It’s hilarious and it never really becomes stale.

And the whole movie sports a cast of excellent talent. You’ve got Jodie Comer, Joe Keery, and even Taika Waititi as the movie’s eccentric and greedy villain Antoine. Again, there aren’t any Oscar performances here, but nothing feels particularly weak. And hats off to the film crew–they thought to reach out and feature cameos from real life streamers like Ninja and Pokimane. Pretty cool, right?

Now that Fox is now owned by Disney, you’ll notice a few cameos in this movie that definitely would have been too expensive to slip in a couple years ago. There’s one three-second shot associated with one of them that will make you laugh hard.

In the end, the movie gives you something that feels like a warm hug. Maybe it’s a little predictable, but not as predictable as you might predict. No spoilers, I’m just saying that it’s a good’un.

There aren’t a lot of bad things to be said about Free Guy, but there are a few inconsistencies with character motives, particularly in Taika Waititi’s character. Some of the things he does would not be done by a corporate video game mogul obsessed with making money. These instances are few and don’t interfere with the laughs, but they do pull you out of the experience a little bit, and probably would have been resolved if the script just had one more revision.

Free Guy is absolutely worth your time. Bring the kids. Plan a night out with your friends. You’re in for a lot of laughs and some warm fuzzies. And honestly, I don’t know what else you could want in a summer movie.

Join the newsletter for FREE samples of my books! No spam. Promise.