Rings of Power Season One Review 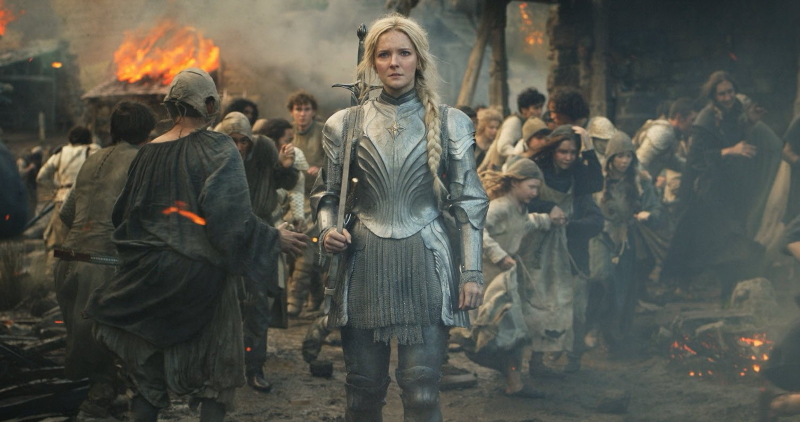 Phew. Well, that certainly was something.

Look, you don’t need me to reiterate the story leading up to this series. At this point, we all know how much it cost and what a gamble Amazon took with it. No use rehashing that.

But what we do need to discuss is the results. Was this a big win for Amazon?

According to Amazon via the LA Times, more than 25 million people watched the series premiere on launch day and the show has experienced over 100 million watchers total. For all intents and purposes, a studio should brand that as a success.

But that doesn’t mean everyone loves it. Rings of Power has experienced review bombing from the onset of the series premiere, including complaints about POC characters, friction with traditionally-held lore, and general faulty storytelling.

But hey… I thought it was pretty good.

First and foremost, this show looks gorgeous. The cinematography, the set design, the costumes, it’s all immaculate. In particular, the opening shot to episode seven was one of the coolest things I’ve seen on TV.

Elrond and Durin can have their own show for all I care. Every scene with them absolutely shines. We see glimpses of real family drama mixed with politics and racial tensions and it’s just… *chef’s kiss.*

Episode six was an absolute banger. I can’t spoil anything, but that episode had a lot going on that led to a jaw-dropping moment at the very end. Rings of Power could have used one or two more episodes just like that.

The final episode had some cool twists and “oh wow” moments that set up season two nicely. But don’t think that this season ends on a cliffhanger. It was just the right mix of resolution and ground-laying, which is good. Overall, very satisfied.

The Harfoots. The freaking Harfoots. Of all the narratives we followed during this season, the Harfoots were the least compelling. And they had a turn in motivation near the end of the series that didn’t feel earned. There should have been more dialogue leading up to it because it felt jarring when the time came.

This season was also plagued with some uneven pacing. About half of the episodes kept the story moving along at a leisurely pace, feeling like they were building toward something important. But there was only one episode during the entire season that felt explosive and exciting. Everything was just interesting enough to keep you going. I’d prefer more excitement/intrigue and less buildup, thank you.

The first season of Rings of Power was massive in scale and visually dazzling. It introduced us (and reintroduced us) to some characters that felt genuine enough but lacked the depth that allowed us to truly connect with them. There were some interesting twists and turns near the end of the season along with a pulse-pounding battle sequence in episode six, but it wasn’t enough to reach masterpiece status like Peter Jackson’s trilogy. I’m looking forward to season two, but I hope Amazon makes more effort to really suck us into Middle Earth.