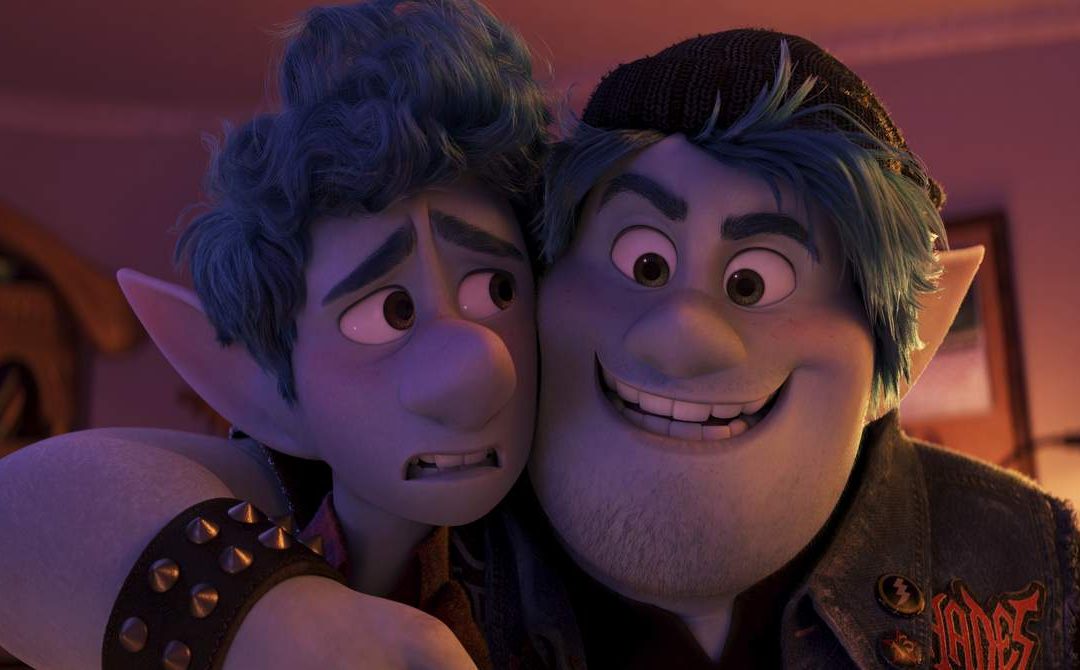 I’m probably biased when it comes to a movie like Onward. I love fantasy. Ever since I saw Never Ending Story as a little kid (which doesn’t hold up, by the way) the fantasy genre has always had a special place for me. As I grew older, I read books like Eragon, watched the Lord of the Rings movies with my family, wrote my first fantasy novel, and started playing D&D with some of my close friends. I’ve also gotten really close to buying a replica of Anduril, the Flame of the West. So yeah. I love fantasy.

And Onward was clearly made by a talented cast of people who love the genre as well. There were loads of little references for those of us who are big fantasy nerds. The gelatinous cube is a monster that you never want to fight in D&D. Barley listens to classic rock in his car–obviously inspired by the fantasy-loving bands like Led Zeppelin and Rush. The puzzles. The artifacts. The magic. It’s all there.

But aside from the fantasy elements, the story is really about family and brotherly love. Ian and Barley spend the majority of the movie on an adventure to finish a spell that can bring their late father back to earth for a single day. Obviously, danger and discovery ensue, occasionally in ways that make your palms sweat and your heart jump into your throat.

What sneaks up on you is the ending. It’s really touching and hits you in a way you don’t expect, but it feels strangely right. You see Ian and Barley’s brotherhood in a new light, and that new light will tug at you. My eyes got a little soggy.

Maybe I felt another connection to this movie because Ian and Barley’s relationship kind of reminded me of the relationship I have with my friend Zach. Zach and I became roommates five years ago when I moved to a new town and he quickly became one of my best friends. Ian is skinny and unassuming. I used to be skinny and unassuming. Barley is bursting with personality and adamantly loves fantasy. So does Zach. Just look at Ian and Barley, then me and Zach and tell me we’re not the same people.

On another note, I don’t need to talk much about the animation. It’s Pixar. Their attention to detail is absolutely unreal. Every movie they put out gets better and better looking. The textures, the facial expressions, the particles, and the lighting effects were exceptional. As to be expected.

Honestly, I’m kind of shocked that this movie wasn’t getting more 9’s and 10’s from critics. But again, maybe that’s my fantasy bias talking. The movie did feel a little oddly paced and although the characters were interesting and amusing, not many of them felt endearing.

Speaking of which, the diversity of the characters deserve a special shout out. In Onward, we see a single mom who is dating a new guy several years after her husband passes. He’s a good guy, but a little awkward and her kids are still getting used to him. Halfway through the film, a police officer mentions her and her girlfriend raising a kid. I just loved Octavia Spencer as the stressed-out Manticore running a small business. Really fun characters. Not as memorable or enduring as Woody or Simba or Mulan, but still plenty of fun.

But yeah, I loved Onward. I’ll definitely watch it again. And thanks to the goodness of Disney, they were kind enough to slap it onto Disney+ in the face of a pandemic, so I can watch it as much as I want. Doesn’t atone for the sin that was Rise of Skywalker, but that’s for another post. Go watch it with your kids or your D&D group. But make sure you have tissues on hand.