The Hunchback of Notre Dame – Disney’s most underappreciated film 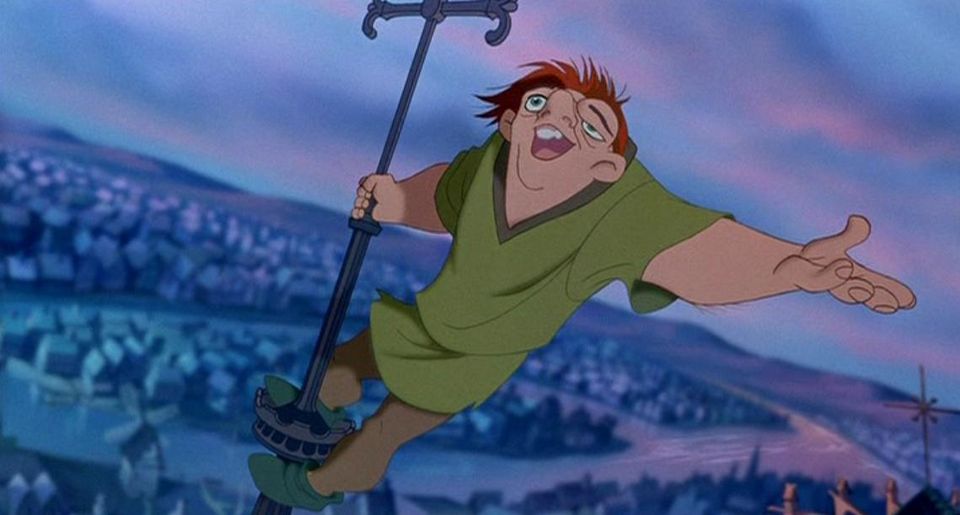 I have strong feelings about The Hunchback of Notre Dame.

When I watched it as a kid, I enjoyed it just as much as Pocahontas or Hercules or Aladdin. But unfortunately, I was too young to understand Disney’s adaptation of the famed Victor Hugo novel for what it was. I didn’t revisit it until nearly twenty years later, after I had graduated from college.

When I watched it, I was floored.

Of course, I had questions after the movie, such as: Why do we not talk about this more among the circle of our favorite Disney movies? Why don’t we remember the gorgeous soundtrack more? Did they really just address lust and theological corruption in a kid’s movie? Why didn’t it get all the Oscar nominations?!

Allow me to break down my love of this movie.

The animation is gorgeous. The tone of the film is pretty dark, especially compared to other Disney films, but what impressed me the most was what they had done to animate lighting. The way you see light rebounding off the characters’ faces, whether from a golden hour sun or flickering torchlight, was beautiful. In particular, the animation during the Out There sequence was impressive. Take a gander.

The soundtrack is absolutely full of emotional bangers. I think the reason this soundtrack didn’t catch on as much as other Disney classics is because there aren’t many songs to sing along to if you’re not a theater major. They don’t really get stuck in your head like Kiss the Girl or Never Had a Friend Like Me, but God Help the Outcasts and Hellfire are absolutely saturated with feeling–whether those feelings are humility, desperation, or insatiable lust.

The script is surprisingly snappy, too. I loved the dialogue between Esmerelda and Captain Phoebus when they spar in the cathedral, or when “Maybe Frollo’s wrong about both of us” is mistaken for “Frollo’s nose is long and he wears a truss”. Haha. Brilliant.

The danger!! The score!! The emotion!! The resignation of defeat turned to the fire of heroism!! That sweeping angle as Quasimodo swings down from the tower!! AAAAHHHH

Overall, the film teaches a lesson about how important it is to not judge someone based on appearance or title. Quasimodo was a reclusive, ugly hunchback confined to a tower, but had a heart bursting with kindness and love. Esmerelda was a slick and cunning gypsy, but fought tirelessly for the freedom of her people and was the only person to show Quasimodo kindness. Lastly, Frollo was a man of the church that abused his position horribly, committing countless murders and destroying half of Paris in the pursuit of some booty. People aren’t what they seem.

If it’s been a hot minute since you’ve watched Hunchback, I am hereby ordering you to view it. This is not a request. It’s on Disney+. Hop to it, soldier.