Your boy’s TOP 5 MOVIES and WHY 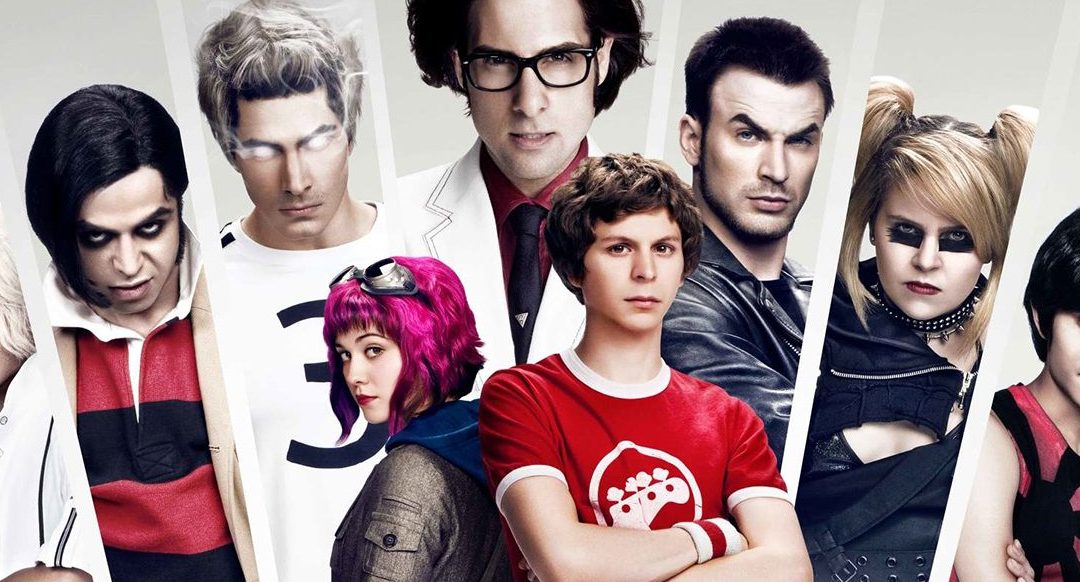 I love movies. I love movies so much that I actually started college as a film student. Yep. I was one of those weirdos holding boom poles, writing scripts, and editing stock footage of beer bottles. It was an awesome experience and taught me a lot about approaching movies critically.

For that reason, I’ve compiled a list of my top five movies of all time. I’m not a high profile movie aficionado, but I’d say I know more about movies than the average bear and I have some pretty strong opinions. That being said, let’s hop into it.

I never had a movie render me speechless until I saw Inception. Every review I read before going to the theater said nothing could prepare me for it. They were right.

I hate to drop this cliche, but to me, Inception was mind-blowing. Every aspect of the production was top notch: the writing, the acting, the soundtrack, the visual effects, the cinematography. The science that Christopher Nolan created of thieves breaking into people’s minds to steal ideas was one of the freshest concepts I had heard of in years.

And from an action movie standpoint, Inception delivered in spades. When I first saw it, the last hour and a half of the film had me sitting at the lip of my seat, gripping my armrests, not blinking, jaw dangling. The intensity was absolutely palpable. And can we talk about the rotating corridor fight scene? Iconic. To me, that’s one of the best shots in action movie history. Hats off to Wally Pfister.

The end of the movie was wonderfully cathartic, too, in a way that that most action movies fall awfully short. And it left every viewer with a burning question that’s still being discussed ten years later. Action movie masterpiece? I think so. Inception is as good as they get.

The Lego Movie has no business being as good as it is.

I’ve never been so cinematically surprised in all my life. Some friends and I got opening night tickets to see The Lego Movie because we thought it would be terrible. We were wrong. Very wrong. We laughed for two hours straight and when it was over, all I wanted to do was watch it again.

The animation was beautiful CGI that was made to look like stop-motion. The voice acting was excellent and the script was hilariously sharp (much like the next title on this list). It was heartwarming. It was exciting. And we all had “Everything is Awesome” stuck in our heads for months to come.

When you peel back the layers, The Lego Movie is also a surprisingly robust commentary on the dangers of unbridled capitalism. Kind of ironic for a blatantly branded piece of marketing, isn’t it? Commentary aside, it was a laugh a minute and made me feel all warm and fuzzy in the end. If it’s a fun movie with complexity, it’s scored major points in my book.

That’s what Pixar did when they made Toy Story. It was the first fully 3D animated feature ever. There were a ton of risks involved with the production, and frankly, the movie was never supposed to happen. But man, I’m glad it did.

It came out when I was about four years old, so it has sentimental value. But watching Toy Story as an adult is still a joy. The characters are diverse and endearing. The script is razor sharp with the perfect blend of laughs and drama. And we see the two main characters confront their biggest flaws and grow into lifelong friends through it all. Aaaawe.

Also, who could forget that “YOU–ARE–A–TOY” scene? Has any other scene in cinema history been so perfectly funny and dramatic? Not according to this guy’s knowledge.

I’ve been a Star Wars fan ever since my dad brought home those VHS tapes when I was in kindergarten. Luke Skywalker became my idol. I wanted to be a Jedi more than anything. Star Wars was life. Shoot, Star Wars is still life. I’m writing this wearing a Star Wars t-shirt at this very moment.

And how was he paid? With the juvenile whines of an entitled fanbase that suddenly decided they didn’t want a risky Star Wars after all. Some of these fans have spent the last three years nitpicking every little problem with this film without considering that similar problems exist in nearly every other Star Wars. It seriously blows my mind.

I will admit that the Leia in space scene was a little weird, though. You got me there.

Nevertheless, The Last Jedi was excellent for a lot of reasons. The opening scene was absolutely explosive not just visually, but emotionally. The plot took our characters in directions that felt unpredictable, but natural. And it was the first Star Wars that gave us tangible, legitimate character progression.

That character progression is the most important to me. Characters didn’t grow offscreen like they did so much in the first and second trilogies. We watched them deal with challenges that were life changing. Poe learned to stop being such a cocky hero. Rey learned the truth about her parents. Disenchanted and bitter Luke Skywalker reconciled himself with the Force. And Adam Driver’s performance as a shattered, broken Kylo Ren slipping further into the Dark Side was the most compelling performance we’ve seen in any Star Wars.

1. Scott Pilgrim vs. The World

Edgar Wright is a daft genius. Scott Pilgrim is so hokey and quirky and meticulously crafted that you know Edgar Wright knew exactly how this movie should look before he even started writing it. If I’m being honest, My Name is Hammerfist is actually modeled a lot from Scott Pilgrim when it comes to tone and humor.

The plot of the movie is that Scott Pilgrim is in love with Ramona Flowers, but has to defeat her seven evil exes before they can really be together. I know, it’s ridiculous. Amazingly ridiculous. And the best part is that the movie relishes in the plot’s inherent absurdity and treats it like a playground. What results is a movie that’s hysterical, action packed, and heartfelt.

Something needs to be said for this movie’s editing and visual effects, though. The editing is sharply utilized for a slew of visual gags, including strategic jump cuts and montages. And the visual effects are highly inspired by video games from the 80s and 90s, so although they’re not realistic per se, they’re a riot to watch.

The soundtrack is also deliciously indie for the pretentious hipsters in your life. Most of the tracks consist of obscure Canadian bands you’ve never heard of, but Beck wrote a lot of original tracks for Scott’s band, Sex Bomb Omb. There are lots of jokes about the band sucking, but honestly… I think they rock. I’ve even got this movie’s soundtrack on vinyl upstairs in my room.

It’s hilarious. It’s sensational. It’s weird. And I love it. When all the gags and fight scenes are said and done, the movie hits you with the feels. Scott Pilgrim is an awkward guy that’s been hurt badly. Ramona Flowers is a guarded woman that’s been hurt badly. They both just want to be happy and for life to be a little simpler. But does that mean they’re right for each other? You gotta watch the movie to know.

What do you think? Do you agree, or are you wrong? Let me know!