Rise of Skywalker Farted On My Soul 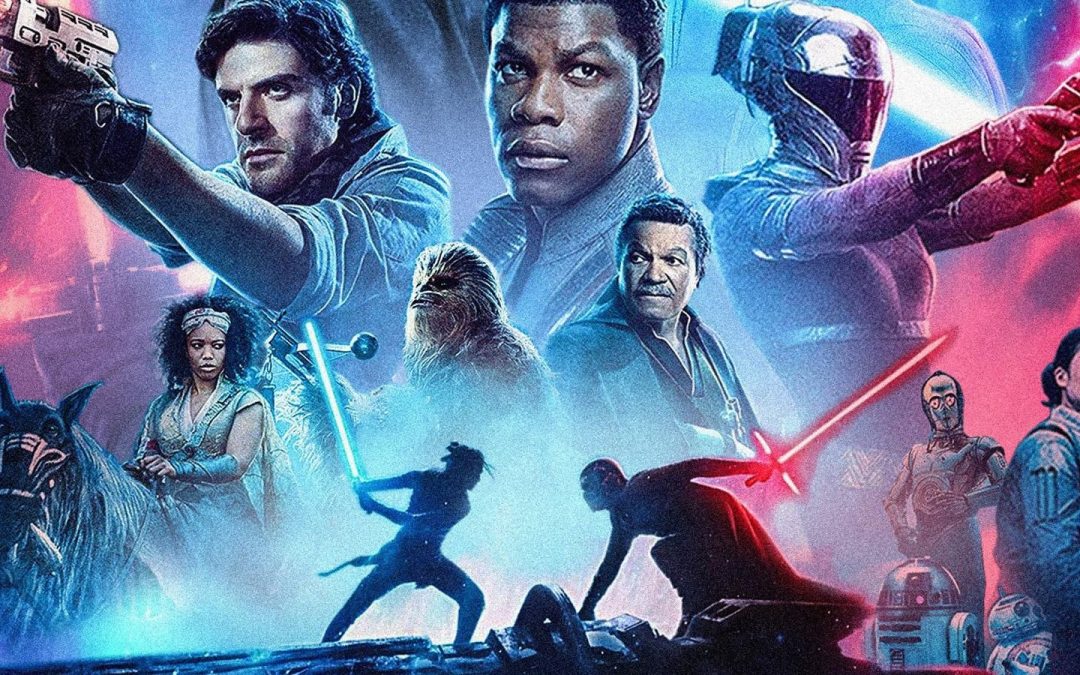 It’s been almost a year since we experienced Rise of Skywalker. I love Star Wars, but I’ll be the first to say that Star Wars has let us down a time or two. We talk about the prequels and the lackluster spinoff(s), but there’s a whole bunch to unpack. There are plenty of lackluster video games–some recently made by greedy developers. Some books and merchandise are kind of lame. And why don’t we talk more about the train wreck that is the Star Wars Holiday Special?!

However, the grander disappointments are the ones that satiate you at first, but upon revisit, make you scrunch your nose and wonder what the producers were thinking.

I’m talking about Rise of Skywalker.

When I first saw Rise of Skywalker, I thought it was pretty good. A solid seven out of ten. I didn’t love it, but I didn’t hate it. Then I revisited it on a quiet Friday night several weeks ago, and your homeboy couldn’t make it past the first 20 minutes. Because it’s not a good movie.

Uh, excuse me?! Look, if you’re going to build up to some grand moment where you realize the the bad guy from the original trilogy was the main bad guy all along, you gotta leave clues. This is super disrupting and misleading to your audience. It screams of deus ex machina and frankly, it’s just bad writing.

If this were something that was alluded to for the entire trilogy, this could have been really interesting. But instead, this was just something that was sprung onto fans by an anxious and nervous production team. Which brings me to the next point.

Yes. I’m calling you out. We got a crappy Episode IX because of you guys. When The Force Awakens came out, some of you guys moaned and bickered about how it was too similar to A New Hope. “It’s the same movie! Think outside the box! Give us something new!”

Then Rian Johnson did it. He gave us a Luke Skywalker that was disenchanted with the Force. He killed off the “main” villain to rocket Kylo Ren’s character progression as the main villain. He put each of the characters through something life changing where they struggled to overcome.

And how was it received? Amazingly. The film broke $1 billion in revenue and was critically acclaimed.

But a very vocal minority of fans had things to say.

“They’re pushing a feminist agenda on us with the woman leaders!” Maybe you’re just a weak man if that kind of thing intimidates you.

“Why would they run out of fuel in the middle of space?” You realize Star Wars has explosions in space, right? Not physically possible. And every ship has forward thrusters but not backward thrusters. That would make it impossible to slow down. Don’t try to bring actual science into a space fantasy.

“What they did with Leia flying was weird!” Okay, yeah, I’ll give you that.

“They killed off Snoke without giving his backstory!” You realize we knew absolutely nothing about the emperor when the original trilogy came out, right? But you didn’t get your knickers in a twist over that, now did you?

You know what I think the big thing is, though? The whole theme of the film is to let the past die (“Kill it if you have to.”), and that kind of philosophy does not sit well with a group of fans that still deify a group of science fiction movies they saw when they were five. Rian Johnson told us to move on and to let the past be the past. Fans didn’t like that.

So we got a movie that was made from a place of anxiety–a place that stepped on eggshells in an effort to appease the demands of a very vocal fanbase who thinks they know what they want. But they don’t. They just want to feel the same way they did in kindergarten, and that’s not going to happen.

They tried to squeeze a 3.5-hour movie into 2.5 hours. Honestly, why not keep it three and a half hours? It’s the finale of a saga that’s spanned decades! We got a 3-hour Avengers Endgame and it was fantastic. We should have gotten at least a 3-hour Star Wars to make sure the viewers weren’t swept through the story too quickly and characters had the time/experiences to properly develop.

But nope. The Disney executives made sure they chopped that up like they were playing Fruit Ninja.

The Last Jedi established her as a nobody! And you know what? That’s great!! The Skywalkers don’t have a monopoly on the Force! Literally anyone from anywhere could rise up and be a Force prodigy. It was so beautiful to illustrate that Rey was an abandoned child who was sold for drinking money, then rises up to become one of the most powerful Jedis in decades. Why ruin that?? And to make her the granddaughter of Palpatine?? I hate that so much.

I wouldn’t say that I’m a proponent for killing off characters, but death does ground your stories in reality. It’s tragic. It’s hard. Just like life. It seems as though this movie was absolutely bent on keeping the A-team safe and sound with the exception of General Leia, and that just doesn’t lend enough emotional gravity to a finale such as this.

In the original trilogy, Darth Vader redeems himself and kills the emperor, then dies in Luke’s arms. It’s an excellent scene. Luke was always aware of the good left in his father, and that arc is completed in a meaningful way. It hits on the proper emotional keys.

In the prequels, Anakin Skywalker dies in a sense and completes his transformation into Darth Vader. And Padme kicks the bucket in childbirth. I don’t like the prequels that much, but I gotta hand it to Mr. Lucas, Revenge of the Sith is a tragedy done right and there are a lot of good moments. It ends just as it was supposed to.

But what about Rise of Skywalker?

**SPOILERS AHEAD** But seriously, why are you reading this if you haven’t already seen it?

I’m gonna say it, Chewie should have stayed dead. That part where Rey accidentally blows up that carrier ship is a moment that sucks the air out of your lungs. It was fantastic. Then they pull a “gOtChA lOl” and Chewie is somehow still alive because there was somehow another carrier ship that somehow no one saw. And Chewie was on it. I guess.

And let’s talk about Ben Solo’s death at the end. But let’s not talk about that kiss because seriously, what the heck?!

Ben Solo dies at the end, but that’s after he had rebranded himself as a good guy for maybe half an hour. And his redemption arc was super forced (no pun intended). The ghost of his dad (who he shivved, by the way) appears to him and gives him some pep talk and Kylo Ren is somehow like “You know what? I wanna be a good guy now because.” I hated that. Almost as much as I hated the kiss.

I’ll keep this brief: Rise of Skywalker was made from a place of anxiety. They roped in elements from the original trilogy that didn’t belong. They rushed things too quickly. They retconned fresh ideas. Why? To satiate a minority group of fans that thought they knew what they wanted. In so doing, they made a crappy movie.