My Top 3 Halloween Movies and Why 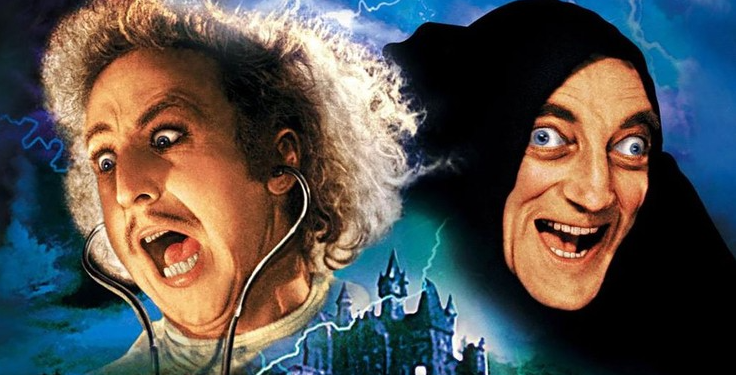 I should be a big fan of Halloween, considering its impact on me. The season is one of the ingredients that got me into fiction writing because in Utah, every elementary school kid is required to write a brief Halloween story every October.

But to be perfectly honest, I’m not a very big Halloween person. I’ve never gotten hyped over the concept of celebrating monsters and demons. Dressing up in costume feels like a chore. On most Halloween nights, I end up sitting in front of the TV watching one of these three movies with some delicious food and a bowl full of candy nearby.

So what does a Halloween non-advocate that dislikes scary movies watch on Halloween night? Lemme tell ya.

Psycho isn’t necessarily scary, but it’s creepy for sure. Hitchcock’s masterpiece tells the story of a big city secretary that’s tasked with taking a large sum of cash to the bank at the end of one of her shifts. But instead, she pockets the cash and skips town, eventually ending up at the Bates Motel. It slowly builds tension, slathering it on layer by layer until the movie bursts out in two or three scenes that makes your blood curdle.

And the twist at the end if phenomenal. I had to watch it for a class back in college, and I remember being genuinely shocked when the ending hit me. It was one of those rare moments where my jaw dropped and I actually said “What!?” out loud. So good. And the ending monologue is legitimately bone-chilling.

This movie kills me. It’s hysterical. It’s considered by a lot of people to be one of the funniest movies ever made. It’s Mel Brooks at his finest. It’s Young Frankenstein.

Doctor Frankenstein (FRONK-en-STEEN), the grandson of that Frankenstein, is a heavy critic of his grandfather’s work, but doesn’t believe he’s as crazy as people might think. When he travels to Transylvania and learns that reanimation is actually possible, he creates a monster of his own. And all he*k breaks loose, naturally.

The movie is jam-packed with visual gags and merciless dad jokes. It was originally released in 1974, so it’ll probably fit your dad or grandpa’s sense of humor just a little bit more, but this movie will have at least one moment that makes you laugh out loud.

Pride and Prejudice and Zombies

I love love love entertaining media founded in ridiculous concepts. After all, why do you think I wrote My Name is Hammerfist?

I mean, what could possibly be better than a romantic period piece infused with some popcorn-stuffing pop cultural absurdity? It’s Pride and Prejudice. And zombies. That’s all I’m going to tell you about the plot. That’s it.

Writing something like this from such regal source material is kind of brilliant. Pride and Prejudice was written and published by Jane Austen long before copyright law was a thing, so there was absolutely nothing stopping Seth Grahame-Smith from adapting the piece into something ridiculous. I’m sure the ghost of Jane Austen is rolling her eyes somewhere, and honestly, the thought of that kind of delights me.

Granted, this isn’t a great movie. The above two films are classics for sure, but Pride and Prejudice and Zombies shouldn’t be taken too seriously. It’s definitely a good time to watch with your friends at least once. And Lily James slicing up the undead might be my favorite version of Lily James. But that’s just me.