I went to Orlando during the pandemic. Here’s how it went. 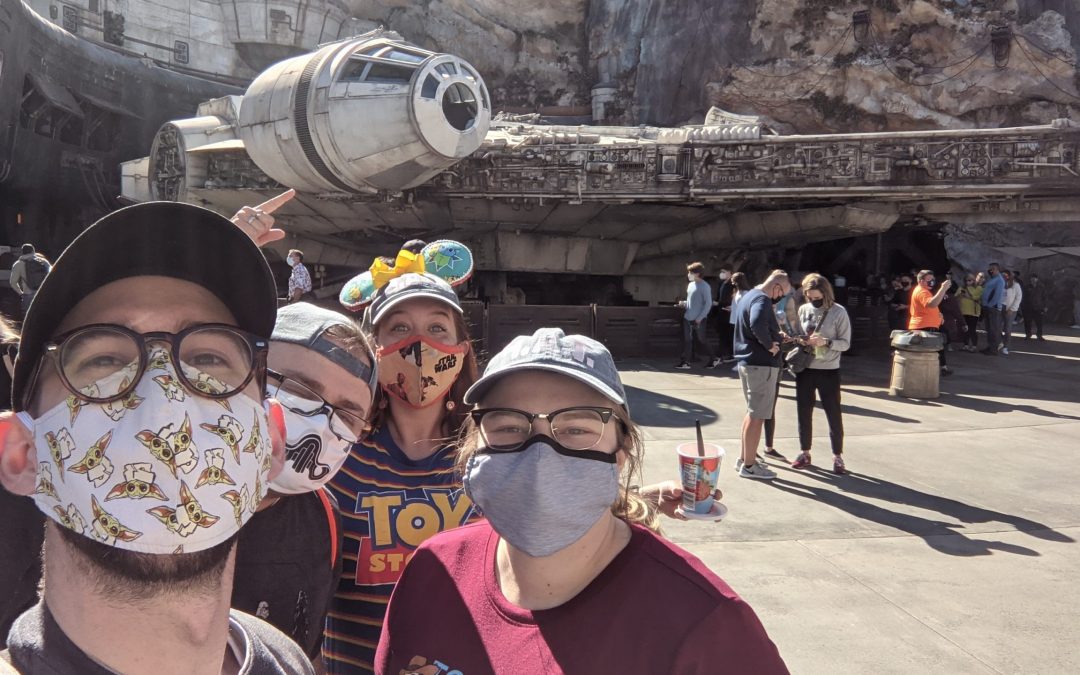 I don’t travel a lot–hardly at all, honestly. Some friends and I planned this trip to Orlando last summer when we thought all the COVID-19 stuff would be under control by now.

Alas, we discussed it and decided to go anyway. We had heard things about how the airlines and theme parks were taking strong precautions against the virus while still allowing people a solid experience. I was nervous about it at first, but after spending a week in Orlando, I can say that the people at Delta Airlines, Disney, and Universal have been doing a great job.

Honestly, I was the most impressed of Delta out of any organization during this trip. Delta is usually renowned for their customer service and loyalty, and I can see why.

As someone who works in marketing, I really loved their COVID-themed flight safety video. I wish I could find it, but they haven’t posted it online anywhere! Regardless, they absolutely nailed it. It didn’t feel preachy, uppity, or patronizing. It was all about me and my safety during these crazy times, and the video was intercut with the numerous shots of Delta employees sanitizing everything.

We had to do our part, too. We were required to wear masks all throughout the airport and we couldn’t take them off during our flights. Delta disinfected every inch of the plane before we came on, and they gave us periodic hand sanitizing wipes during our flights. I felt safe, and I was very impressed with their efforts.

First off, here are a few hot takes about my overall experience:

Disneyland is better than Disney World. DW is great, but it feels like every park has about 3 or 4 things you definitely want to do, then the rest is filler. With Disneyland, you can see everything between DL and California Adventure in a couple of days and you’ll actually want to see everything. Plus, that’s a less expensive trip.

Universal Orlando is better than Universal Hollywood. It’s not even close. UH is fun enough, but it feels disappointing compared to Disneyland. The best thing UH has going for it is the studio lot tour, which is a must-see for film buffs like me. Universal Orlando, however, is totally popping. With killer roller coasters and a robust Wizarding World that’s spread across two parks, UO is a blast. I would totally go back again, while I’m not sure I’d be amped to visit DW again.

Florida kinda blows. I hope Florida residents don’t take this personally, but Florida feels like the athlete’s foot of the United States. It’s weirdly warm and moist. Some parts smell funny. And they have hurricanes and alligators!! Like, why, Florida?! Why are you like this?? Why do people choose to live there? Especially after they retire??

Anyway, I digress. Here’s the safety lowdown on each park. You’ll find that they’re mostly the same, except for some minor differences.

Based on my experience, I wouldn’t dissuade anyone from visiting Disney World or Universal Studios Orlando during the pandemic. I felt safe with the mask requirements, eating guidelines, and hand sanitizing stations everywhere.