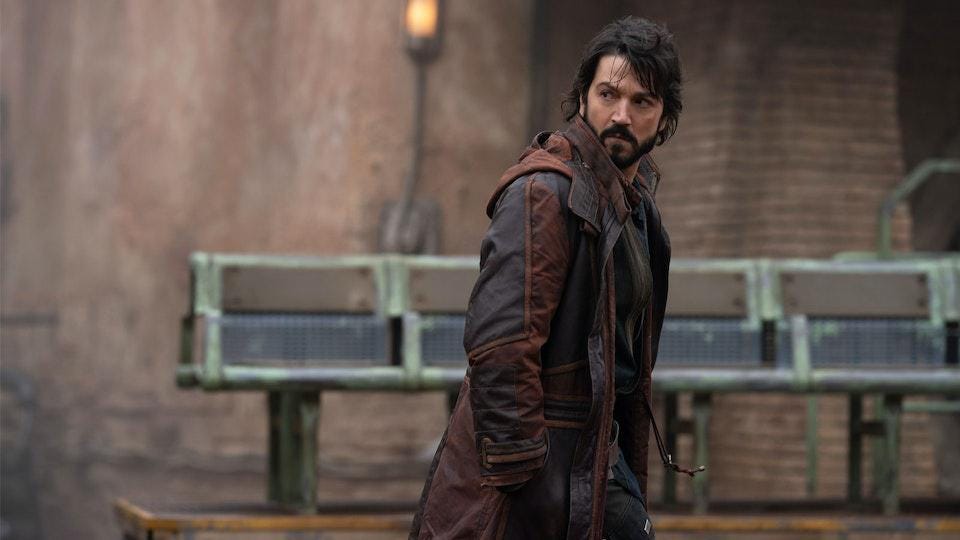 I know it’s early, okay? And don’t think this is a knock on The Mandalorian—it’s not. The Mandalorian rips. Rarely has a sci-fi western been done so well. The only one that might be better (which this writer has seen) is Cowboy Bebop.

But if Andor continues being this good… wow. Disney might have hit another home run.

This is going to be a review of the first three episodes. There’s still a lot more to see and plenty of room for Disney to break our hearts, but here’s what we’re seeing so far.

We need more Star Wars that feels lived in! And Andor delivers. Hard. The opening fifteen minutes feels more like Blade Runner than anything else. It’s gritty, dark, and unafraid to show actual life under an oppressive empire. The galaxy is ripped apart by fascism and fear, and Andor shows this better than any other Star Wars property.

You can tell that the show is directed by people with BBC sensibilities because the acting, directing, and writing are all razor-sharp. This might have the best acting of any Star Wars by a wide margin. For example, the tight-buttoned Imperial officer Syril Karn actually feels like a person with depth thanks to Kyle Soller’s bristling performance. And what about Stellan Skarsgard? When he arrives, he absolutely steals the show.

The first two episodes are a slow burn—very similar to Dune or Blade Runner 2049. That means some viewers might get bored. But that third episode pays off in a big way, and it’ll make you look forward to the next one.

This next point may not be a bad thing, but it’s a warning. Although the show has a TV-14 rating, it feels very grim. On any other network, a few tweaks here and there would probably earn this show a TV-MA. Probably not best for kids, but that’s just one guy’s opinion.

Andor is a slow-burning spy thriller that rules the Star Wars universe in terms of ambiance and realism. It feels dirty, edgy, and lived in—something that’s been missing from the all-too-safe adventures that Disney has been cranking out. This writer hopes Andor continues to impress and that it gives Disney the courage to let creators push the boundaries of the Star Wars universe.